A major update of Emulicious is available.

It comes with several improvements:

A minor update of KiddEd has been released!

It comes with a few bugfixes including a bugfix for the auto-updater.

Due to a bug in the auto-updater of the previous version of KiddEd some users weren’t able to start KiddEd anymore. These users need to manually download the new version. In this new version the bug has been fixed. After updating you will receive updates automatically again. Sorry for any inconvenience this has caused.

A major update of KiddEd has been released!

This update comes with lots of improvements and several new features:

The Whats New file has been added to the project to let you keep track on what’s new more easily.

An update for Emulicious is available.

A procedure profiler has been added. It detects procedures automatically and profiles them.

SRAM Watchpoints can now be added in the Memory Editor and in the Breakpoint Window using
the prefix ’s‘ so entering „s0“ would add an SRAM watchpoint on the SRAM address 0.

Support for the new format of z88dk map files has been added. 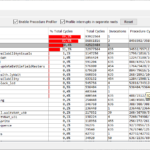 An update of Emulicious is available.

It improves the emulation accuracy of the Everdrive and comes with several minor improvements.

A small update of Emulicious is available.

VRAM Watchpoints can now be added in the Memory Editor and in the Breakpoint Window using the prefix ‚v‘
so entering „v0“ would add a VRAM watchpoint on the VRAM address 0.
The WhatsNew.txt file has been added to the project to let you keep track on what’s new more easily.

An update of Emulicious is available!

It comes with serveral new features and some improvements to existing tools.

BIOS files for all supported systems can be selected now. For casual users this can help to improve the authenticity of the emulated system. But also developers can benefit from it because they can test if their rom will be rejected by the BIOS. Additionally, the state of the system after the BIOS will be faithfully reproduced. Appropriate BIOS files can be found on the web.

An update of Emulicious has been released!

It comes with some improvements to existing tools and also introduces new tools.

The disassembler now also identifies accesses to ports and creates labels for them as well.
Profiler data is now persisted between runs of Emulicious.
When hovering a sprite in the Sprite Editor it now also gets highlighted in the main window.
New errors have been added to expressions that should help with writing correct expressions.

Savestates can now be used with hotkeys. The number keys 1-9 load the savestate from the corresponding slot. Holding the CTRL key while pressing the number keys saves into the corresponding slot. If you accidentally loaded a state instead of saving to it you can just undo the load and return to state before loading. The same works for saving. If you accidentally saved into a slot that you wanted to keep you can just undo the save. You can also quick save using CTRL+S and load the quicksave using CTRL+Q. Furthermore, you can setup Emulicious to automatically load the most recent state when a rom is loaded. You can also steup Emulicious to automatically save the current state on exit.

A RAM Search tool (also known as Cheat Search) has been added to Emulicious. It filters RAM addresses based on the comparison of the current value with its previous value. It helps to identify variables within RAM such as the number of lives, the current position, and so on.
A plotter has been added that can plot the data of a specified range in ROM. It can help to identify tables such as sine/cosine tables or other pattern data.
A RAM Watch tool has been added. It keeps track of the values of specified variables / values in RAM and plots them. 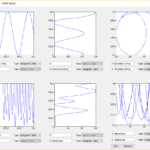 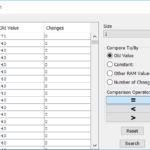 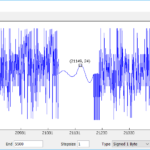 A major update of KiddEd has been released!

This update comes with lots of improvements and several new features:

A major update of Emulicious has been released!

Additionally, the accuracy of Game Boy and Game Boy Color emulation has been improved greatly.

Join the Community on Discord.